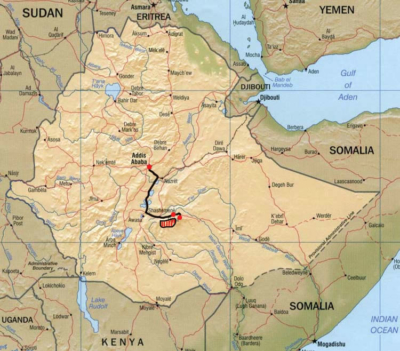 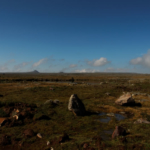 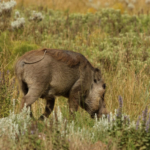 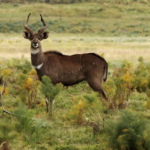 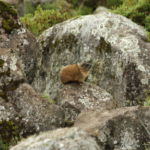 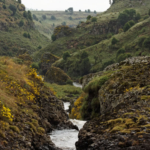 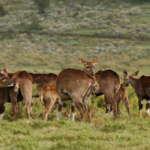 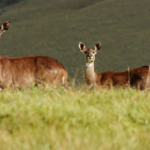 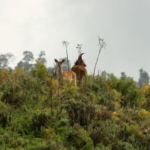 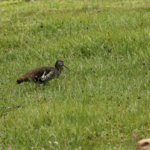 The Bale Mountains are isolated geographically in the southeastern portion of the country. They are—in and of themselves—sufficient reason to make a trip to Ethiopia. The national park is located in the afro-alpine and subafro alpine areas, so we find flora which is quite similar to the Simien mountains, where among the erica shrubs, you may well see giant moles, mountain antelope like the shy nyala, Ethiopian wolves, and rarely small felines like servals and caracals.

Organized trekking and excursions last between two and five days. Walking in these mountains is relaxing and amazing; the panorama disappears over the horizon of the vastness of the Sanetti Plateau, an immense moor dotted with moss and lichens. It stretches amongst cultivated fields barley and coffee beans before diving into the Harenna forest, home to approximately 280 species of birds, reptiles, lions, and leopards with its deep ravines cut by rivers that make the forest green and fertile. The Arussi, a local population who are a part of the Oromo people, enrich this land with their colors, proudly passing through on horseback wrapped in flamboyant fabrics.

The temperature varies between -10° and 26°C all year round, precipitation is concentrated in the months of June, July and August, which prevents almost any kind of excursion. The coldest months are in the winter from October to January. Altitudes vary from 2,500m to 4,380m at the highest peak. 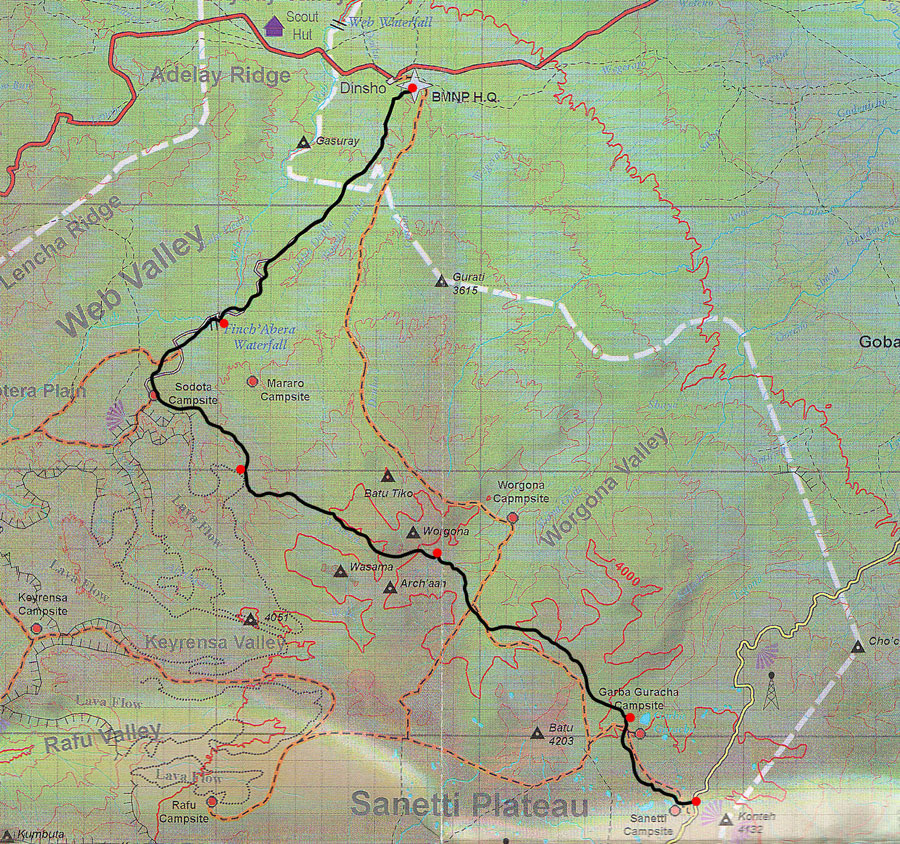